When you looked at Ritsumeikan Asia Pacific Studies on the internet, you have probably asked yourself the question: “Where is this 大学 (University) located?” “Beppu!? Beppu nan desu ka?” (what is a Beppu?) Yes, I had the same question. I never heard of Beppu before. Truth be told, even Japanese people have a hard time finding this city. Until you tell them: ”It is located in Oita-ken.” “Ah, sou desu ka.” But what can one experience in such an unknown city?

An important question, of course. You would like to knfoneow more about this city and whether it is worth studying here. Let me state the obvious: Beppu is not Kyoto, Osaka, Yokohama, Nagoya, Tokyo, or any other of the big cities. Beppu is a relatively small city. It is a city, but not as crazy as the major cities.

Before I came to Beppu, I could not find much about the nightlife in Beppu. I will share with you the places that I have been and are popular among APU students. NOTE: This is a small list of the things that I know. Beppu City provides a lot more.

By far, one of the popular places for a student. This bar has something that is called ‘のみほだい’ (nomihodai), in English ‘all you can drink.’ You will need to show your student ID, and you will receive a student discount. For guys, the price is ¥1500, and for ladies, it is ¥1000 (Yes, yes, price discrimination). You can stay for 2 hours and drink as much as you want. For those who do not drink alcohol, just like me, there is plenty of non-alcoholic drinks for you too :). You can play darts in this bar or just chill out and have a good time with your friends. The setting is nice as the bar gives you a Caribbean feeling. It only misses Captain Jack Sparrow, though… The bar also makes takoyaki (delicious ball of dough with a piece of shrimp inside). Takoyaki is quite cheap here: ¥500.

Don’t you dare not to go to a karaoke club/bar when you are in Japan. At WaiWai Karaoke, you can rent a large room that can fit up to 30 people. You are allowed to bring your own drinks and food to this karaoke place. At other karaoke bars, you are not allowed to bring your own drinks or food. The regular karaoke bars are making a living on selling their booze to you based on gold standards (so to speak). We went with a group between 25 to 30 people. We went to the konbini (convenient store) first, bought our stuff, and then went to WaiWai. We had a blast! We sang the craziest and cheesy songs. You do not have to be good at singing, as no one else is. I am a terrible singer, but we sang Bohemian Rhapsody with pride! Barbie Girl, Vengaboys, Justin Bieber, Taylor Swift, and more. The most terrible songs you could imagine, but it did not matter. It was a great night! WaiWai karaoke is located near Pirates.

Personally, I never have set foot in here as I do not enjoy discos. It is one ofBeppu’s  most popular discotheques and is run by a Moroccan(!). SB stands for ‘Beppu Social Bar,’ and you can socialise with your friends as the name states. At BSB, there is a section where you can sit on sofas and chill out, and you have the dance floor. BSB is fun for those who do not like to dance or do like to dance. As a result, BSB is always crowded on weekends, and the vast majority are international students. 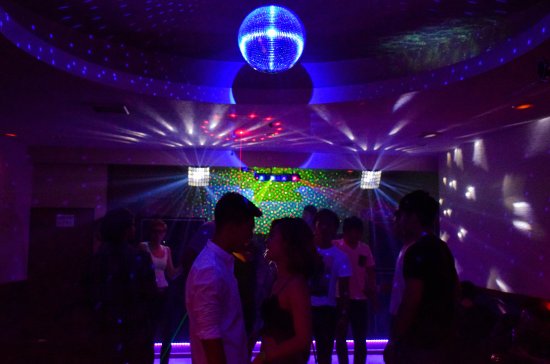 For those who do not know what an izakaya is: An izakaya is a form of a pub, but not a regular pub that you are used to. At an izakaya, you can go out for drinks and food. You might call it a tavern. I personally love izakayas as you can socialize and eat and drink at your own pace. The setting is cosy and very Japanese. Izakayas are very popular and rightfully so. You can try all kinds of dishes, and every izakaya has something delicious which you should try. In Beppu, there are plenty of izakayas you can go to. The majority of the Izakayas can be found at ‘Sol Paseo Ginza.’

All the izakayas in Beppu

Besides the nightlife in Beppu there are also some places of interest you could visit and make those fancy selfies:

Onsen, onsen everywhere. If Beppu is indeed known by the Japanese, it will be known for its onsens. Onsen is a hot spring where you can relax your body. In Beppu, there are almost 3000 onsen hot baths. Some onsen are for a mere ¥100! Just a few reminders; when going to an onsen, you have to go butt-naked. You are not allowed to wrap a towel around you when going into an onsen. There is just one exception where you can wear a swimming suit when going into an onsen. This one is located 20 meters from AP House 4: Kitahama Hotspring (Termas). Some might not like going butt-naked into an onsen or religious beliefs, this is the best alternative. There are a naked section and a swimming suits section. Furthermore, if you have a tattoo, make sure to cover it! In Japan, tattoos are a great taboo, as this reminds them of the Yakuza. Even if you have a small bunny or a butterfly tattoo on your wrist or ankle, make sure to cover as it is not tolerated.

This is also an onsen, but not an onsen you would like to go in. Unless you would like to be boiled alive like a lobster. There are 8 spots where you can visit the hottest onsens. 6 of the onsens are located next to each other, the other 2 are elsewhere. The onsens are located on geothermal hotspots (literally), which makes the onsens blazing hot. They vary from 90 to 100 degrees Celsius. It is a beautiful sight and a must-see.

You can read more about them here 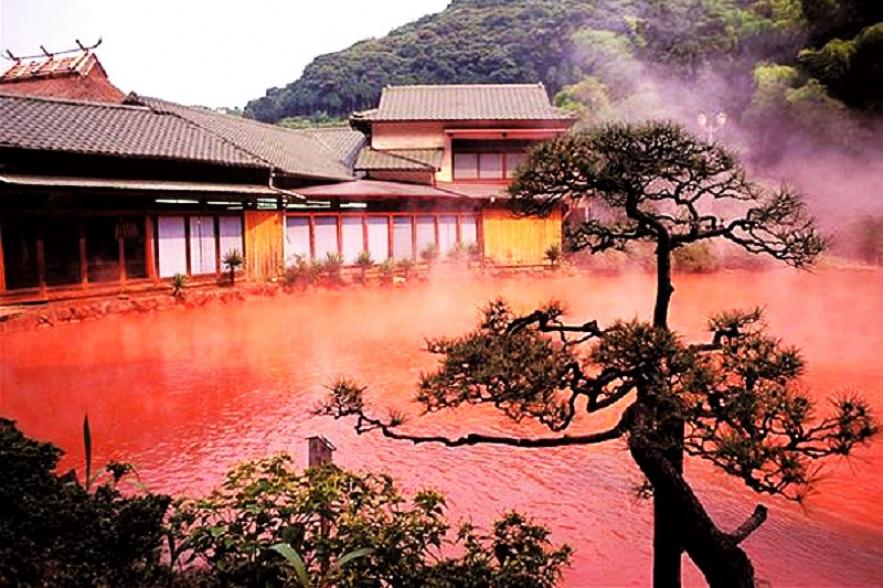 MONKEY ******* MOUNTAIN!! Yes, we have a monkey mountain in Beppu. How cool is that!! There are approximately 1500 monkeys (Japanese macaques) that roam freely on the mountain. The monkeys are tame, and they will just ignore you when you are there, so you do not have to worry that they will jump on you looking for bananas. They are used to the visitors, and they are just minding their own (monkey) business. It is a fun sight to see hundreds of monkeys walking around. The ticket is a merely ¥510. You can reach the monkey mountain from Beppu station by bus.

While you are at the monkey mountain, you just might as well go to the aquarium, too. The aquarium is on the opposite side of the monkey mountain. You can buy a ticket for ¥2450 covering the round trip bus ticket and the tickets of monkey mountain and the aquarium. Yes, very cheap! The ticket is sold at the Beppu tourist station office or Oita station office. At Umitamago, you can watch dolphins, and walrus shows. At some places, you can actually touch the sea creatures :D. You also have this ”glass box” where you are surrounded by sea creatures. The question is, who is really on the inside of a fish tank ಠ_ಠ?

Just outside of Beppu, between Beppu and Yufuin, there is an African Safari park. The exotic animals roam freely, so you will be toured by a car. You will see the lions, giraffes, cheetahs, elephants, bears, bison, kangaroos, and much more from a seating position. The feeling is surreal because you will see real lions from up close. It is a great experience and cool to view the wildlife there.

Like mentioned before, Beppu is not a big city like Tokyo, but there is plenty to experience. In this blog post, I have only focused on Beppu. There is a city next to it called: Oita. Whatever you miss in Beppu can be found in Oita. For instance, cinema and big shopping mall can be found in Oita (Beppu also has a shopping mall but smaller). It only takes 10 minutes from Beppu station to Oita station by train, and it cost around ¥280 a one-way ticket. Overall, Beppu is a fine city, in my opinion. Growing up in a small town, Beppu seems big. There is plenty to explore, and I am sure you will enjoy your time here.