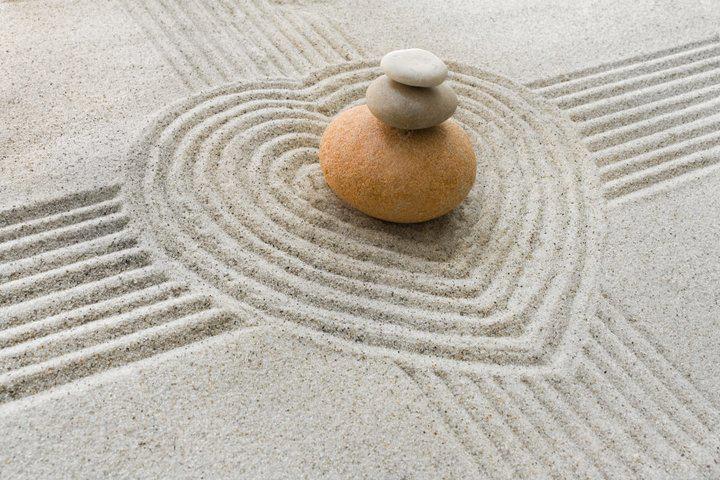 Gifts here, gifts there, gifts everywhere. Valentine’s day and Asian New Year have just recently passed, and there is a big chance you have been receiving gifts from your Japanese friends. You are grateful for all these gifts, but you probably have no clue why you keep getting gifts, and you probably not sure what to do from there on out. After receiving so many gifts, you probably feel guilty for not giving something back. Don’t worry; you are not the only one who feels like that.

“Happy whatever-day, I have a small gift for you.” Oh boy, not again… Usually, I would be happy receiving a gift from someone. Where I come from, I will receive a gift for my birthday, Christmas, Eid-al-Fitr, for my graduation, for helping someone who required help, and so on. Most of the time, these gifts feel like an accomplishment for doing something that needs to be rewarded (except for Christmas). One would throw a party first where you provide lots of food, cake, and drinks, and people would come over to celebrate your birthday and gift you a nice birthday present. Without a birthday party, you will probably not receive many birthday gifts.

However, in Japan, gift-giving for accomplishments is also embedded in the culture, but it goes much deeper than that. In Japan, one gives a gift not just to celebrate something but also to keep balance and harmony. Balance means the equality between two parties, and harmony is the relationship between the two parties. In Japan, giving a gift is to preserve the relationship between one and another. It means something along the line: “I would like to remain close to you, and therefore I give you this gift so we can extend our relationship,” simply put.

Omiyage (お土産)
You better memorize the word ‘omiyage.’ You will hear this word a lot. The word ‘omiyage’ can be loosely translated to ‘souvenir’ or ‘gift.’ Omiyage is BIG business in Japan. There are omiyage shops everywhere. In places where you probably will get lost, you might find an omiyage shop that sells different kinds of omiyage. As Japanese people love to travel, they will always buy the local omiyage to bring home.

Most of the time, the omiyage shows the name of the city or place, and this can prove you were there. This doesn’t come by surprise as the kanji omiyage 土産 exists of two parts. 土 means local and 産 means product. These omiyage are then shared with friends, colleagues, and family members that are close to them. This social behaviour reveals that the Japanese let their friends, colleagues, and family members know that they had not forgotten about them even when they were travelling.

The majority of omiyage, which I have seen so far, is in the form of cookies and sweets. The cookies and sweets represent the local taste that cannot be found somewhere else most of the time. This makes gift-giving a unique thing to do. It is to bring the local taste closer to the people that are dear to them. The packaging is as important as the content. The gift must be stylish and/or cute. The more stylish and/or cute, the more it shows you have put effort into selecting the person’s gift. If the gift is not wrapped in beautifully, do not even think about sharing your ‘gift’ as it insults the receiver. The omiyage is an extension of you, and thus it represents you and your intentions. Though, if the gift cannot be gift wrapped because of its form, then alternatively, you can offer your omiyage in a nice omiyage-bag. 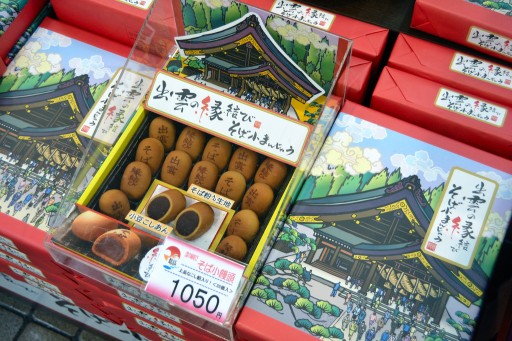 Harmonious pressure
“The gift-giving thing is great! It shows how much the person cares about you. How can this be bad?” I would not necessarily call it bad. The harmonious gift-giving is, in my view, a beautiful thing as it keeps the relationship steady. Though, the moment you receive an omiyage, you become part of the harmonious gift-giving system. The gift-giver has revealed that he/she is grateful for your help and/or cherishes you being a colleague and/or friend. This concept is also known as ‘on‘ (恩) (Meek, 1999). ‘On‘ is quite tricky to translate into English, but it can come close to the words indebtedness and gratefulness.

The harmonious gift-giving system is only viable if one can afford it. You see, when one receives a gift, it is necessary to figure out the price of the gift. The gift-giver will not tell you as it is a gift. To keep balance and harmony amongst yourself, you do not want to give an omiyage that is cheaper or more expensive than the one the gift-giver gave you. That will disturb the balance in your relationship (Star Wars pun intended).

You might feel burdened because you will need to do a bit of an investigation to figure out the price of the omiyage you have received and buy an omiyage of the same price for the gift giver. Of course, this omiyage should be something else than the one you had received, but the price should remain the same. But imagine that the person bought you an expensive gift and you cannot afford to return it. As this gift-giving is deeply rooted in the Japanese culture, you will receive many omiyage from many people, which you will need to return in a different form. 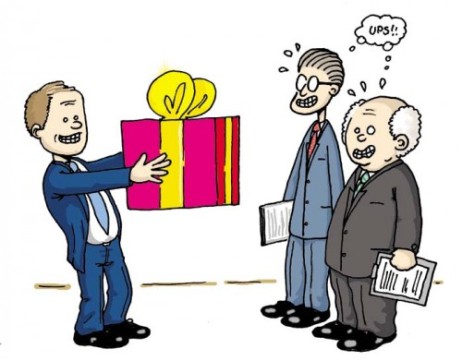 My Japanese language teacher from the Netherlands told us that women would keep a list of which present they had received, the gift’s price, and from who they had received it. If one needs to return the favour, it is imperative to administrate the gifts. She told us that the gift-giving culture was very stressful as some families could not always afford it, which brings tensions to the relationship. The gift-giving culture is not always about the actual item or the packaging. Of course, this should be very nice and neat, but it is about the act. These families that cannot afford to return the favour would re-use the omiyage they had received, re-wrap it, and gift it to other people.

As for me, I have felt this pressure myself as well. I felt burdened with receiving gifts. I kept receiving gifts, but I had nothing to return. I had to buy something that represents me. Luckily a store in Oita called Kaldi is selling all kinds of food from all over the globe. Fortunately, they also sell ‘stroopwafels’ (Dutch waffles with caramel inside). I would then share the stroopwafels with the people who gave me an omiyage before. I did this to keep harmony with my peers.

You might think you have found a hack to avoid this harmonious gift-giving by not accepting the gift in the first place. 🙂 guess again. That is even a bigger insult. You have to accept it, and you are immediately inside the gift-giving loop. If you plan to come to Japan or already are, start stacking lots of omiyage from your home country. I heard from my friends that they would bring a big suitcase filled with their home country’s omiyage. Believe me when I say you will need it, and it will never be enough ;).